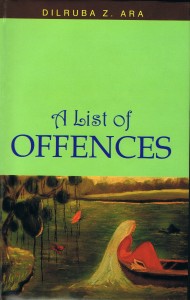 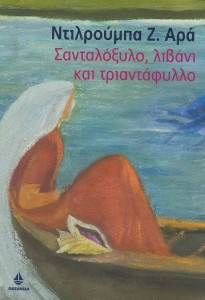 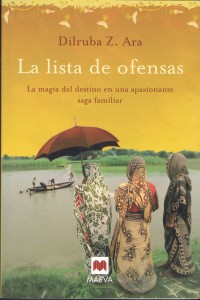 A much-longed-for daughter is born with hair the colour of sunlight on the river. The shock of Daria’s silvery hair makes the midwife wet herself in the birthing room – an omen for the village gossip. The impropriety surrounding Daria’s birth travels round the village of Gulab Ganga, as the neighbours and relatives speculate what the future has in store for such a girl. Daria grows up affected by the rumours that circulate around her beautiful village each and every time she does anything atypical of a girl of her background. At the same time she is keenly aware of her mother Jharna Begum’s atavistic fears of gossip and her fierce loyalty to traditional values. Against all odds, Daria however cultivates her own integrity.

Daria’s father, Azad Chaudhury, a sensible parent believes that he can release Daria from her inauspicious destiny by arranging her marriage with local boy Mizan, who loves Daria desperately and hopes to marry her. Daria, however, falls in love with handsome Ali Baba, a young anglophile lawyer, born and brought up in the seaside town of Chittagong. She marries Ali Baba and leaves her village for the city and “Baba Lodge”, Ali Baba’s Ivy mantled house, hidden behind an imposing wall, guarded by a paint flaking picture of a howling Alsatian.

There, the cast grows to include, Ali Baba’s father, the one-eyed Kasim Baba, Ali Baba’s sister Rani, who harbours quasi incestuous feeling for her brother, and his mother Alia obsessively bitter that Alia Baba has married a country bumpkin. Daria forces herself to put up with her new families oddities, for she is aware that as a married woman she no longer belongs to her parental family. Both pride and fear of angering her mother keep her mute for a long time.

Still blinded by tradition Daria gets pregnant hoping that a child will bring her closer to Ali Baba’s heart, but in reality it only exacerbates the situation. Daria realises that she never raise Jhinuk the way she wants as long as she remains Ali Baba’s wife. Her anger now takes a different shape. She flees to her riverside village ready to fight anyone who would dare to take her child.